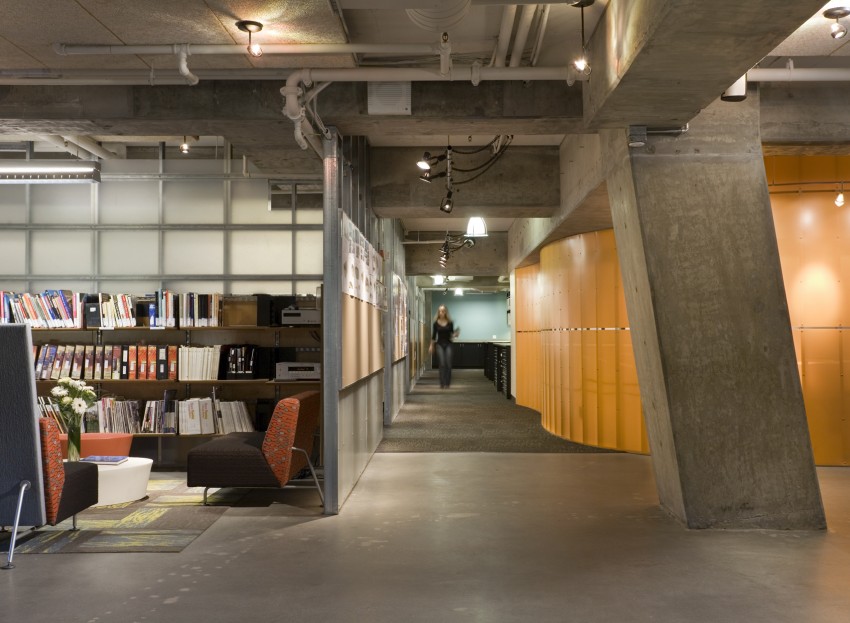 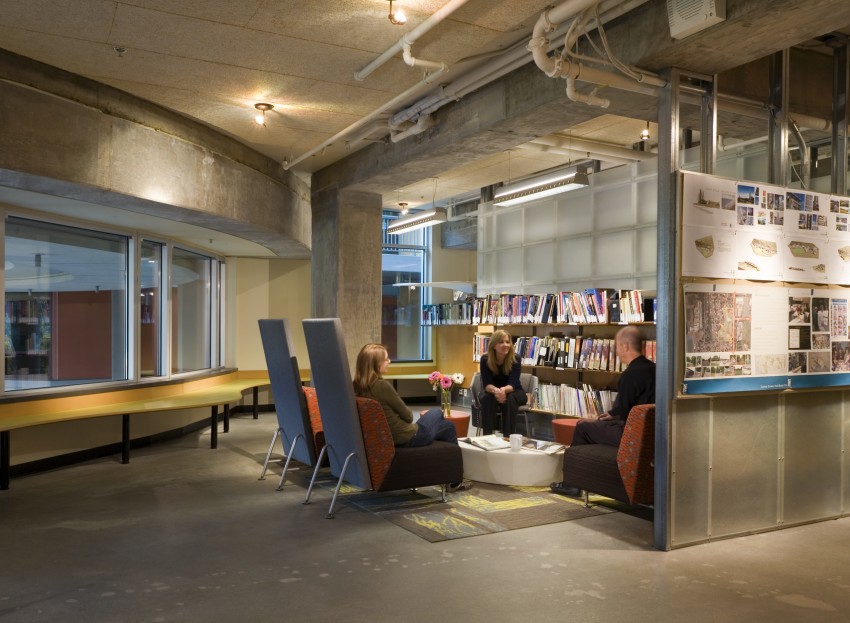 GGLO is an architecture firm whose offices are located in the Harbor Steps building in downtown Seattle. Rafn renovated and expanded their office space for a total project size of 7,000 square feet. The signature feature of the space is the acrylic clad, radiused walls of the conference room. The project achieved a LEED Sliver certification.

Phase I Demolition occurred during the design of the new space. Rafn staff spent three full days inventorying and cataloging every piece of surplus material in both the existing workstations and the store rooms. Then the architecture team went to work designing the new space to incorporate every piece of previously “useless” material that most other people would have thrown out. 95% of that “useless” material was used in the construction of the new space while only having to purchase minimal new missing pieces.

Phase II was the actual construction of the new space. Materials were reused whenever possible, and when new products were required, every effort was made to find products with high recycled content. As much as possible, existing surfaces were reclaimed into the space. The previously covered ceilings were exposed and cleaned up. The existing exterior walls were stripped, cleaned up and refinished. The best sustainable solution, though, was the floors. Below the old carpet was an ugly concrete slab. It was ground down and then polished to a glassy sheen that will never require sealing or refinishing. The Rafn crew’s masterful craftsman skills spared no detail in finishing out this architectural showpiece.

GGLO was able to minimize construction waste by reusing many of the materials in their existing office – including doors, hardware, cabinets and office furniture. The original carpet was diverted from the landfill by selling it to a second-hand dealer for reuse. Rafn collaborated with Demolition Man to separate demolition waste and managed to recycle or salvage 83% of the demolition waste and 74% of the overall construction waste.