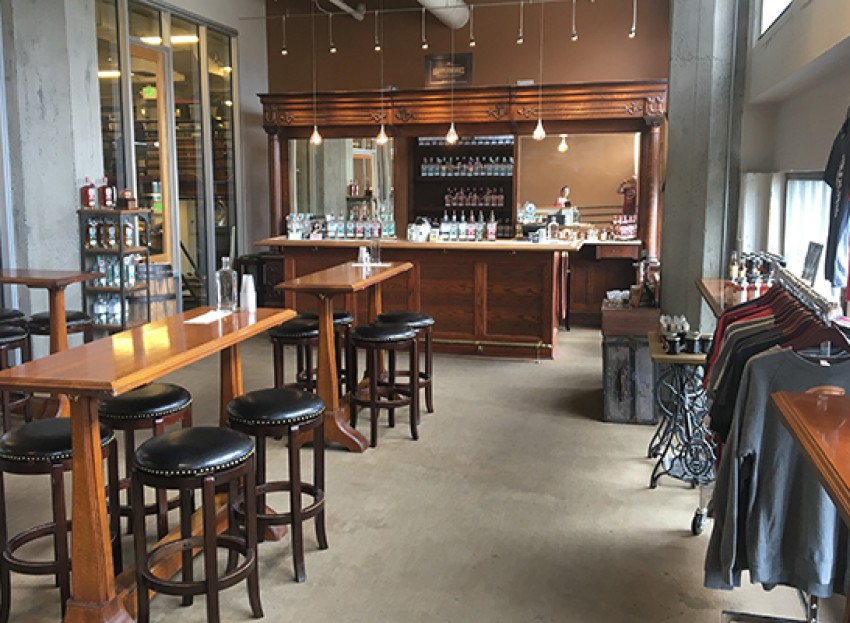 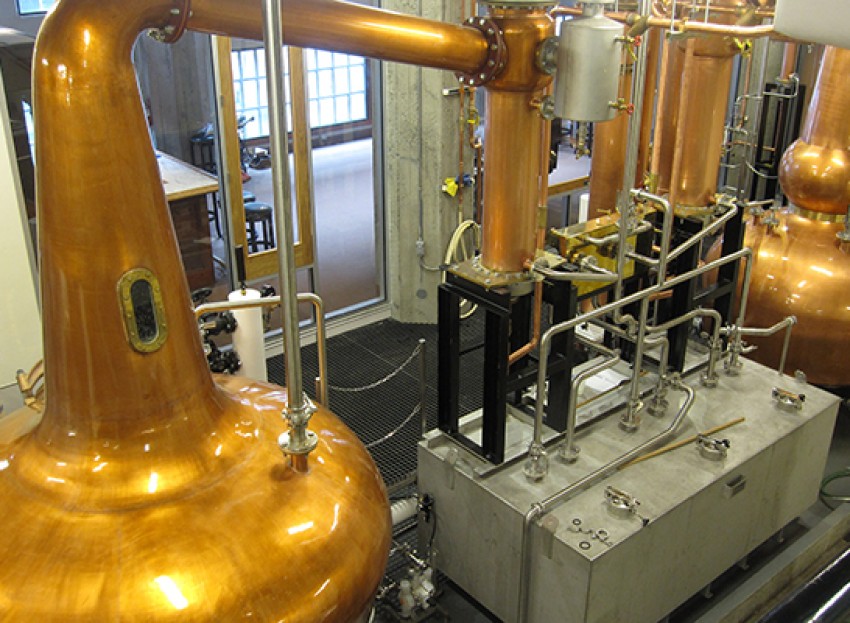 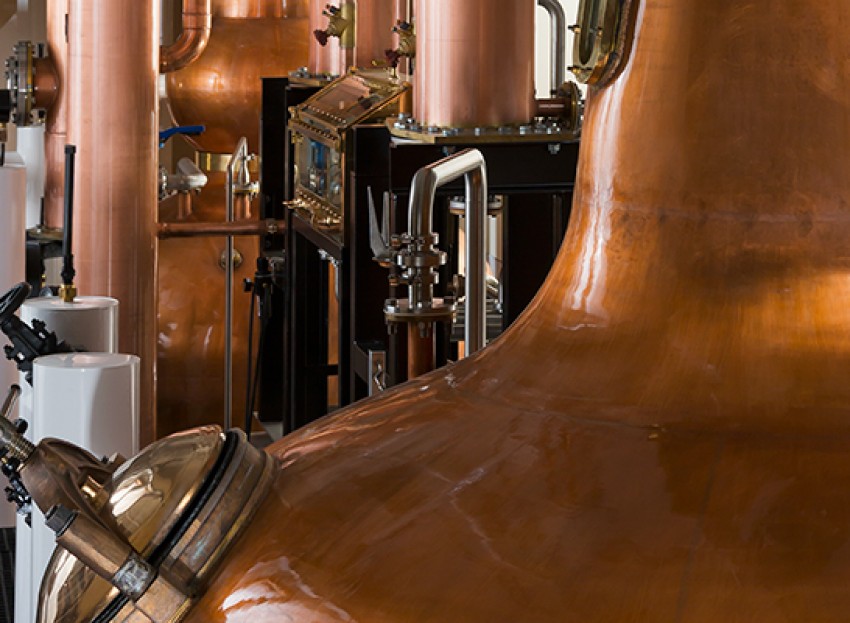 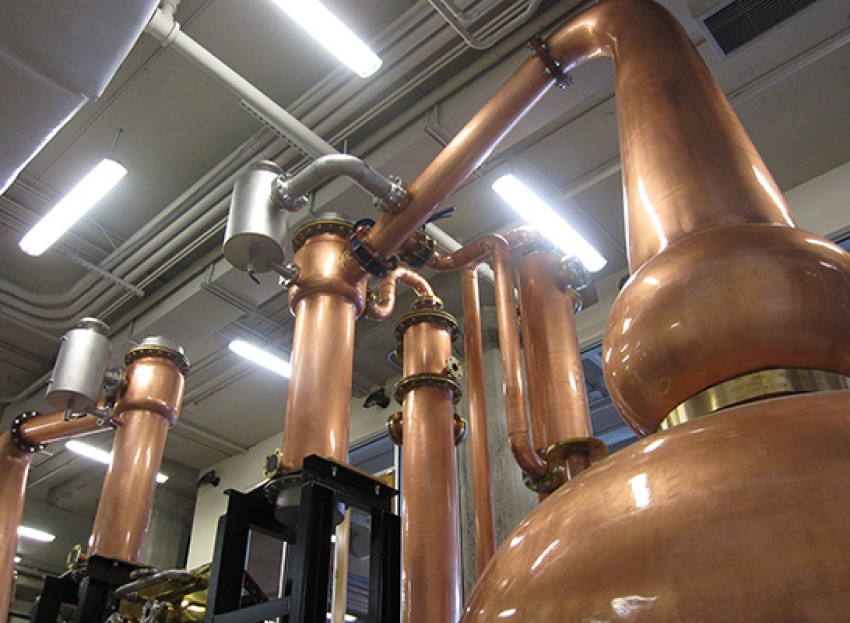 This project is a new tenant build-out of a distillery located in the heart of the downtown Seattle waterfront. The distillery makes gin, vodka, and American Single Malt Whiskey using bespoke Scottish stills and equipment in a 1910’s vintage building.

The centerpiece of Copperworks distillery is their family of four traditional copper stills, hammered by the hands of expert coppersmiths in the highlands of Scotland at Forsyths, one of the world’s leading manufacturers of distilling equipment.

The distillery also contains three stainless steel fermenting tanks weighing a total of nearly 10,000 pounds. Their job is to ferment un-hopped, all-malt beer into the “wash” which is then ready for the distilling process.

The final area of the distillery is the tasting room where, unlike their distilling equipment which is custom-built to meet Copperworks unique specifications, the highlight is a tall oak antique back bar built more than 120 years ago in Montana. The bar graced the floor of B&O Espresso on Seattle’s Capitol Hill for many years before finding its new home at Copperworks.

Copperworks was named Distillery of the Year in 2018 by the American Distilling Institute.