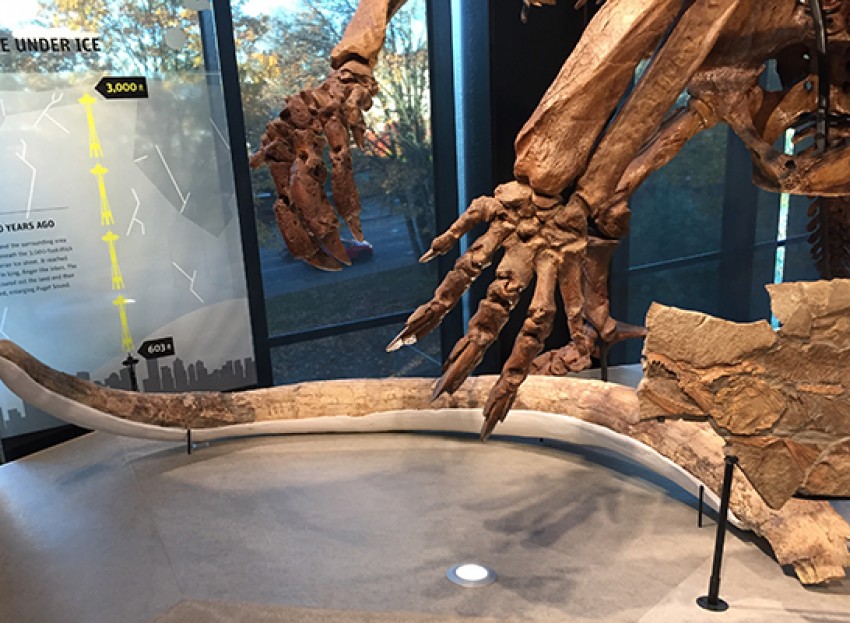 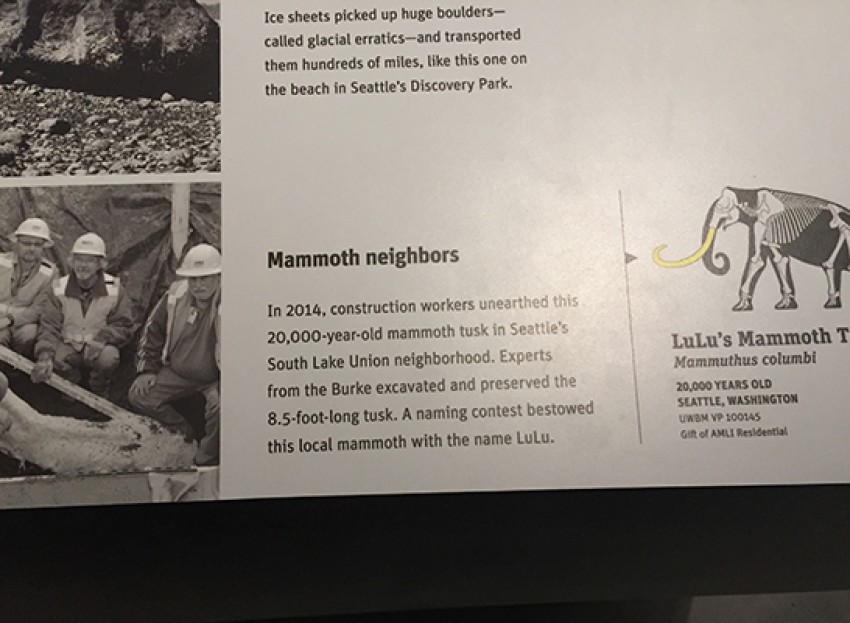 LuLu's Tusk Now on Display at the Burke

After an 8.5-foot long Columbian mammoth tusk was discovered at the bottom of the excavation for our AMLI South Lake Union 2 Apartments building, it has has been on quite an adventure. First, there were 2 days of careful excavation, then transportation to the Burke Museum at the University of Washington, a naming contest (LuLu was chosen), a webpage at seattlemammoth.org, and 5.5 years of preservation efforts. And now the tusk is on display thanks to the generosity of our client, AMLI Residential, and the hard work of the Burke Museum.

When the tusk was found, it was severely waterlogged and soft from its 20,000-year slumber. According to the Burke Museum's website, the preservation process consists of stabilization, giving a sneak peek, buttoning it up, letting it dry, and learning from it. It was stabilized in the excavation where it was found by encasing it with aluminum foil and plaster-soaked burlap for transportation and to keep it from drying out too fast and cracking. It was then on display briefly at the Museum before the other side was encased with aluminum foil and plaster-soaked burlap. The plaster allows moisture to escape slowly to prevent cracking and breaking and continued until it matched the moisture level of the museum. During this process, scientists studied soil samples that surrounded the tusk to learn more about what life was like in the area at that time.

Check it out as part of the Burke's "Fossils Uncovered" exhibit, open now in the museum's beautiful new building designed by Olson Kundig, our project partners at the recently renovated Two Pine Building in downtown Seattle.

For more information about the Burke Museum, visit burkemuseum.org. 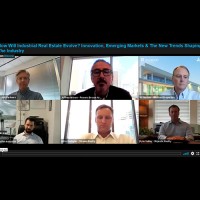